Reasons for Contesting a Will in Court 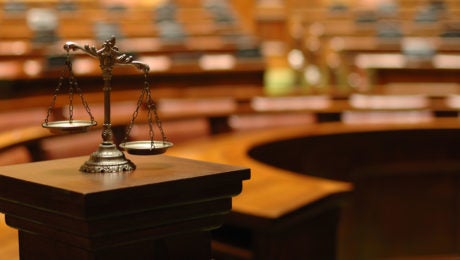 If your relative has passed away and you just learned what the will says, you may wonder if you have reasons for contesting the will in court. Sometimes, a will has problems that mean it should not be followed when distributing the deceased person's estate.

Mere Dislike of Gifts Made in the Will Is Not Enough

Just because you are dissatisfied with what you or others received by the will does not mean you have legal grounds to raise a will contest in court. The law requires more than mere dislike to disregard a deceased person's last wishes. However, some wills do violate specific legal provisions that explain how to write a will and make it enforceable in court.

Legal Grounds for a Will Contest

There are a few legal grounds that you potentially could raise in court about the will. These include:

Lack of capacity means that the person making the will is not of sound disposing mind or is not aged 18 or older. “Not of sound mind” might result if someone is on strong medication or has a mind-altering medical condition. As to problems with signing and witnesses, Bahamian law requires wills to be signed in the presence of at least two witnesses who also sign the will or acknowledge their signatures. If a witness receives a gift in the will, then the gift is void.

In addition, the person who makes the will may change it at some point. A will can be revoked or amended after it is signed. For example, in The Bahamas a will is automatically revoked if the person making the will gets married after signing their will. Alternatively, your deceased relative could write a new will after signing the will that your family wants to enforce. You could go to court to prove the invalidity of the new will.

Finally, there may be problems with the gifts made in the will. For example, your relative could make a gift to a charity that no longer exists. Your relative might fail to describe a piece of jewelry clearly enough, and you and your family cannot tell who should receive which piece of jewelry. Many other confusing issues could arise relating to the terms of the will. If you think you need to contest a will, consult  a qualified Bahamian lawyer for help.

To find out more about will contests, visit Gonsalves-Sabola Chambers online or call the office at +1 242 326 6400.