Why to Memorialize Your Agreement in Writing 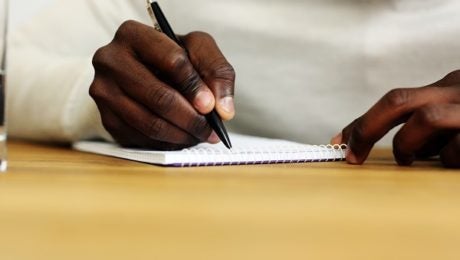 People can form binding legal contracts both orally and in writing. Since talking through an agreement can take much less time and effort than writing out a formal contract, it may seem that oral agreements are the easiest choice to get business done. Unfortunately, making an oral contract has many pitfalls not apparent at first but very clear if you get into a dispute later on.

The main problem with using an oral agreement is that there is no permanent documentation of the agreement's terms. If you negotiate a price or amount on the telephone but never write down your agreement, it may be difficult to prove what was discussed or agreed if a dispute arises. A written agreement signed by the parties which sets out the agreed terms will provide better evidence of the contract terms than the often conflicting statements of the parties as to what was agreed

Insert legal protections in the agreement

Writing down an agreement allows you to insert legal protections into the terms of the agreement. For example, you can specify the method of settling any disputes that arise. Contractual terms can require the parties to give adequate notice of any actions taken to enforce the terms of the agreement. They may also explicitly exclude or specifically include certain items in the scope of the agreement, such as legal descriptions of land or types of products that will not be sold. Exhibits such as documents or photographs may be attached to a written agreement to demonstrate an important aspect of the agreement. In short, writing everything down allows the parties to protect themselves in case of a dispute.

Write down everything in one place

Preparing a written agreement gives you a chance to write everything down in one place. If you rely on a series of emails, telephone calls, or letters back and forth, some of the detail could get lost along the way. Later, that correspondence could contradict terms of the written agreement if there is a dispute about the meaning of the contract.

If there is a written agreement however a special clause can be inserted which states that the contract is the final, full agreement of the parties on a subject and that the agreement supersedes any previous agreements, whether oral or written, between the parties to the contract. This type of clause tells a court that you signed the contract while aware that any prior negotiations were not part of the final agreement.

To find out more about contract drafting and interpretation, visit Gonsalves-Sabola Chambers online or call the office at +1 242 326 6400.