Getting Divorced in The Bahamas: The Basics 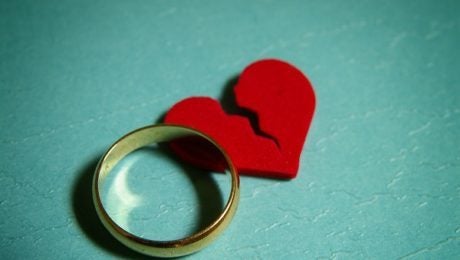 If you are considering whether to file for divorce in The Bahamas, learn the basics about the divorce process first. Separating and ending a marriage can be extremely painful for the whole family. Going through an unfamiliar court proceeding could make it worse, unless you know what to expect.

A spouse seeking a divorce files a petition with the court, requesting a divorce on one or more grounds including:

When a claim of adultery is made, the court may include the adulterer as a respondent to the application. Also, Bahamian courts do not grant divorces for irreconcilable differences, as do courts in some other jurisdictions.

After filing an application for divorce, the court will review the alleged facts and the grounds for the sought divorce, usually at a hearing. The court looks for any improper motives by the spouses or any acceptance of the respondent's behavior by the petitioner. The court also reviews any counter-charges made by the respondent against the petitioner.

If the court thinks that there is a reasonable likelihood of reconciliation in the marriage, it can stop the divorce proceedings so that the spouses can attempt to reconcile.  The court must also satisfy itself that suitable arrangements are made for any minor children of the divorcing couple prior to making an order to dissolve the marriage.

To find out more about divorce law in The Bahamas, visit Gonsalves-Sabola Chambers online or call the office at +1 242 326 6400.

Good information. The public need this type of awareness

Good after Judge, in the case of a couple being married male Bahamian citizen and female a foreigner, they have lived separated lives for many years. Search to continue local the other was useless. Can you still file with out the person being present? The person may have left the country.

We hope the information was helpful.

Hello how do i go about gettin a divorce?

Is it possible for the petitioner to be awarded their divorce without the respondent’s cooperation?

You must serve the respondent with the divorce papers but they do not need to take any part in the proceedings.

If you are in The Bahamas, you should contact a Bahamian divorce attorney who can best advise you on your particular circumstances.

So long as one party to the marriage resides in The Bahamas you can file for a divorce here. However, you must serve the divorce papers on the other party even if they are not in The Bahamas.

Can you file for a divorce without a lawyer?

I now live in the USA and I have discovered that my husband no longer lives at the address and I cannot locate him how would I proceed with my divorce in the Bahamas if he cannot be located for the serving?

Yes you can file without a lawyer. However, you may need the assistance of a lawyer to help you prepare the documents and explain the process once the documents are filed.

If your husband still lives in The Bahamas then you can apply to the court for substituted service.

If you know what documents you need to file, how to prepare them and what the process is once you have filed the documents, then you do not need a lawyer.

Good morning. I now reside in the US and have already served my husband the divorce papers which he has refused to sign even though we’ve been separated for a number of years now. How do I continue from here?

If neither you nor your husband resides or is domiciled in the Bahamas, you will not be able to divorce under the laws of the Bahamas.

I am from Colombia, I got married in the Bahamas I never consume the marriage, he is from the USA, I never seem him again after the day we sighed papers. How can I get divorce ? Since neither of us live in Bahamas.

Hi I was wondering how to go about a divorce or an annulment. My husband and I only were married for four months but as far as I know none of the grounds for an annulment or divorce have been met just simply an act of not wanting to be together anymore. Can we get a divorce on those grounds?

Live in Bahamas. Received a decree Nisi in 2016 and did not complete decree Absolut and decided to try again in 2019. However relationship not worked out and still live separately from 2013. Do we have to refile for divorce.?

If we have nothing together absolutely nothing besides a daughter .. It shouldn’t be a long process right? My daughter is with me now. He gets her on the weekend…

What steps can I take to get a divorce on the grounds of abandonment (incarceration) infedilty and abuse?

Where do you send the petition for divorce in the Bahamas

The petition must be filed in the Supreme Court and then it must be served personally on the other spouse and any other parties.

You should consult a divorce attorney who can advise you what steps to take in your particular case and circumstances.

You should not have to refile for divorce.

You cannot get a divorce on those grounds.

If neither of you lives in The Bahamas you will not be able to file for divorce here.

A number of factors will determine the length of the process. For example, the grounds for the divorce, whether the divorce is contested/uncontested and whether the parties can amicably agree on the custody and maintenance arrangements for the welfare of the minor child.

Can I get a divorce without going to court once both parties agree to the terms?