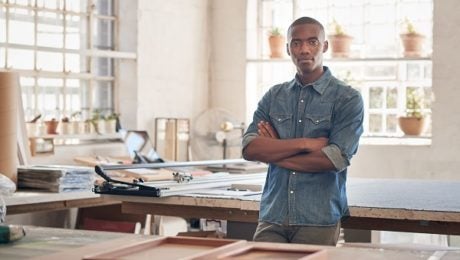 In a 2016 decision, the Supreme Court of The Bahamas determined that a creditor need not undertake efforts to enforce an arbitration award in The Bahamas before sending a statutory demand to evidence insolvency. The court found In the Matter of BHP International Markets Limited 2016/COM/bnk/0038 that insolvency proceedings and judgment enforcement proceedings are separate processes that need not be commenced at the same time.

The case involved a creditor that obtained a foreign arbitration award against an International Business Company incorporated in The Bahamas. After receiving the award, the creditor sought a declaration of insolvency in respect of the IBC in the Supreme Court. The IBC opposed this request, arguing that the creditor should have first initiated proceedings to collect on the arbitration award under the Arbitration (Foreign Arbitral Awards) Act, 2009.

The Act contains a procedure for seeking enforcement of foreign arbitration awards in The Bahamas and allowing these awards to be recognized and domesticated. However, it also states that an award “that would be enforceable under this Act is binding for all purposes on the persons between whom it was made; and it may be relied upon by any of those persons by way of defence, set-off or otherwise in any legal proceeding in The Bahamas.” Arbitration (Foreign Arbitral Awards) Act, 2009, Section 4(2). This section states that if the award could be enforced using the Act, it also can be relied on in any other legal proceeding.

In response to the IBC's opposition, the creditor argued that Bahamian law does not require a creditor to first initiate enforcement proceedings. Indeed, if this were so, only judgment creditors could begin insolvency and liquidation proceedings, which does not appear to have been Parliament's intent in enacting these statutory schemes.

The court, in a decision by the Honourable Mr. Justice Ian Winder in the Commercial Division, agreed with the creditor that “The issuance of a statutory demand following a foreign award and enforcement of that award are not parallel processes but separate and distinct matters. To require a creditor to seek to enforce his foreign award before he could issue a statutory demand cannot be supported as neither the Companies Act, the AFAA, nor the Arbitration Act requires it.”

As a result of this decision, creditors seeking to enforce arbitration awards made outside The Bahamas against Bahamian companies can simply pursue liquidation of those companies in the Supreme Court rather than beginning an often lengthy and expensive process of enforcing the award.

To find out more about creditor rights in insolvency and liquidation proceedings, visit Gonsalves-Sabola Chambers online or call the office at +1 242 326 6400.