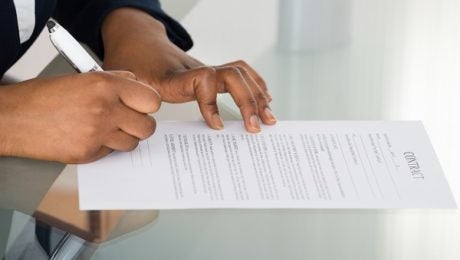 To account for emergencies that prevent performance, many contracts include force majeure clauses. When the parties to a contract do not perform their obligations under the contract, they could breach or violate the terms of the contract. A problem arises when an emergency or catastrophe prevents performance, and there is no way that either party could have anticipated or avoided it.

A force majeure (literally, “greater force”) clause in a contract accounts for the possibility of an emergency. It removes liability for all parties to an agreement for catastrophes that interrupt performance of the contract and that prevent the parties from fulfilling their obligations. Force majeure clauses are similar to “act of God” clauses in that they both encompass natural disasters such as hurricanes and earthquakes. Most force majeure clauses also consider the possibility of human-made disasters such as civil wars or military coups, unlike act of God clauses.

The content and scope of force majeure clauses depend on the individual contracts at issue, the jurisdiction, and the applicable law. For the most part, force majeure clauses require that the emergency or catastrophe that interrupts performance must not be caused by parties to the contract, must be unforeseeable, and must be unavoidable. Proving that all three of these conditions have occurred can be difficult. For example, if a factory is destroyed by a hurricane in a region that experiences hurricanes every year, a court might find that the disaster was not unforeseeable.

To avoid difficulties with interpreting a force majeure clause, the parties can make their contract as specific as possible. Parties to a contract should consider which natural or man-made disasters might affect performance. The contract might specify that a factory being destroyed by a hurricane is considered force majeure for purposes of that particular contract.

In interpreting nonperformance because of an emergency or disaster, courts sometimes use the concept of impracticability – that it would be unreasonably burdensome and expensive to carry out the contract's terms (though not necessarily completely impossible). A party may raise impracticability as a defense in many jurisdictions even if there has been no emergency. For example, the party could claim that the only existing supplier of an important component unexpectedly went out of business. As a result, the party would have to pay for custom manufacture of the part, resulting in enormous expense. The concept of impracticability is closely related to those of force majeure and acts of God.

To find out more about force majeure clauses and contract law, visit Gonsalves-Sabola Chambers online or call the office at +1 242 326 6400.