Is Your Contract Enforceable in The Bahamas? 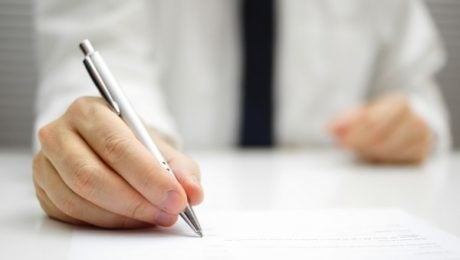 If you have a written contract for business services, you will want to make sure that your contract is legally enforceable in The Bahamas. You can enforce a contract through the court if the other party is not following the contract terms. Without a written contract or with only a verbal contract, you may face difficulties in trying to enforce it.

What Is a Contract?

A contract is an agreement between two or more people to do something or not do something. The agreement must consist of an offer by one person and an acceptance by the other. In addition, you need consideration – something of value that passes between the contracting parties in exchange for making the contract. This could be money, goods, services, or something intangible. Finally, you need mutual assent to the contract.

How Do You Enforce a Contract?

Courts may enforce all sorts of contracts, including verbal contracts and written contracts. Sometimes, the court even may enforce an agreement that is not truly a contract in the strict sense in the interests of justice. In most cases, though, it is good practice to prepare a well written agreement that follows general legal principals from the beginning. Then if you do need to go to court, you are likely to be in a stronger position to enforce the terms of the contract.

First, your contract should be in writing if at all possible. Having a written agreement makes the subject and extent of the contract clearer and allows the parties to reference written terms if there is a dispute. The agreement should include all of the terms and conditions of the parties' agreement, with additional documents attached as exhibits if needed for clarity.

Further, a contract should explain who the parties are, what they are exchanging, and how it will be exchanged. A contract does not need to have fancy language – in fact, plain language is often clearer. A lawyer can help you by preparing a basic contract to meet your needs.

Finally, you may want to include a dispute resolution section in your contract. This section specifies what the parties must do if they have a dispute. For example, a contract might require mediation before the parties can go to court. It also could specify arbitration and or a court in a particular location, such as The Bahamas.

To find out more about contracts, visit Gonsalves-Sabola Chambers online or call the office at +1 242 326 6400.