Conflicts of Interest for Professionals in The Bahamas 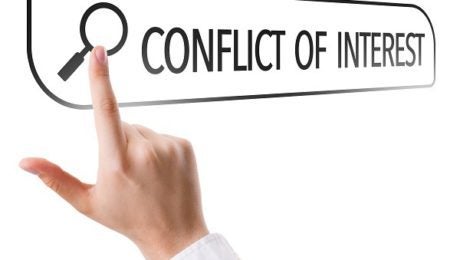 Conflicts of interest cause the appearance of partiality or favouritism and can harm clients. Professionals should therefore work to avoid them. Smaller client bases in smaller populations or firms that take on many different clients raise the chances for a conflict of interest. Like in many other jurisdictions, The Bahamas' laws prohibit conflicts of interest for various professionals.

Law is one area where conflicts of interest often arise. Lawyers may have conflicts of interest when they have business interests in a company that is adverse to a client. “Adverse” means that the company and the client have different, conflicting goals or are on different sides in a court case. In other words, “ a conflicting interest is one which would be likely to affect adversely the judgment of the attorney on behalf of or his loyalty to a client or prospective client or which the attorney might be prompted to prefer to the interest of a client or prospective client.” The Bahamas Bar Association Code of Professional Conduct, Rule V.

In a recent case, a lawyer who owned a company also represented a man in his drug offences case. When it was discovered that the company sought to buy real estate from the man, who needed to pay legal debts and other bills, the lawyer was removed from the case. He had not disclosed to his client that it was his company that sought to buy the client's land and had not received any consent from the client.

Conflicts of interest arise for other professionals as well. Doctors may receive free samples and training from a drug manufacturer and then be prompted to recommend the medication over generic drugs. Accountants may accept positions as trustees for estates that own interests in the accountant's own company. The Public Accountants (Rules of Professional Conduct) Regulations, 1993 warns against accepting positions that would create conflicts of interest. See Rule 4(5). If a conflict arises, the accountant is expected to resign from the position if the conflict cannot be resolved.

One way larger professional firms resolve or protect against conflicts is through conflict checks and “screening”. Before taking on a new client, the firm will check to see if any current clients have actual or potential adverse interests. For example, a law firm taking on an employee client might check its files to see if it has ever represented the employee's former employer. If a conflict does exist, the attorneys involved in representing the employer can be “screened” from the case, or prevented from working on the case, viewing the files, or having an influence on decisions for the new client.

Of course, in smaller professional firms, screening may be impossible and the firm may have to decline to take the client or resign. If the conflict is minor, a professional may be able to obtain his or her clients' informed consent (preferably in written form) to the conflict. In all cases, professionals should be alert to possible conflicts of interest and address them as they arise.

To find out more about professionals' rules of conduct in The Bahamas, visit Gonsalves-Sabola Chambers online or call the office at +1 242 326 6400.