Can My Employees Form a Trade Union? 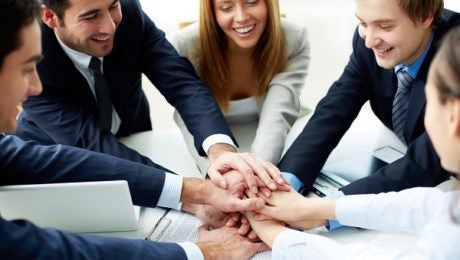 The Bahamas recognizes trade unions for employees. To form a trade union, employees or union officials must register the union with the Department of Labour. Trade unions must meet various requirements for operation, but employees who join a union do attain certain highly beneficial rights.

Trade unions must provide the Department of Labour with a proposed name, a registered office, a constitution, and a list of fifteen or more members or subscribers. The members or subscribers must include a president, secretary, treasurers, and at least two trustees. When drafting a constitution, members should specify the union's purpose, where union meetings will be held, how often elections will occur, how to dissolve the union, how members join, and how members can be expelled.

After the Department of Labour reviews the submitted documents, approves the constitution, and receives a $25.00 fee, the union's name must be published for one month in the Official Gazette, the government newspaper. Then the union may begin operating. As you can see, it is not difficult for employees to form a trade union if they wish. The Bahamas has more than fifty unions for a variety of industries and places of employment such as utilities, hotels, airlines, casinos, and financial services.

It is also unfair to dismiss an employee because he engages in trade union activities or even proposes to do so. Employees should be aware that unfair dismissal for this reason only applies if the trade union activities were undertaken outside working hours, or within working hours but with the employer's consent. These legal protections derive from the Bahamian Constitution, which specifically states that trade unions members have the right to free assembly and freedom of association. Further, the Industrial Relations Act grants unions the right to strike.

Employers should take care to avoid the appearance of dismissing an employee because of union membership or participation in a strike. If employees are in the process of forming a union, joining a union, or starting a strike, carefully document in writing your legitimate and fair reasons for dismissing an employee. Consider consulting an attorney in The Bahamas for more help.

To find out more about trade unions and employment law, visit Gonsalves-Sabola Chambers online or call the office at +1 242 326 6400.