Breach of Contract Basics in The Bahamas 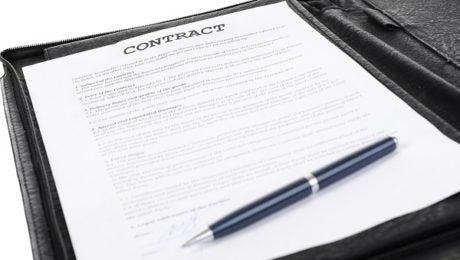 Legally binding contracts keep modern society running, but not everyone realizes how easily contracts can be breached. From reviewing an employment contract before accepting a job to signing a commercial agreement to sell or buy goods, knowing how contracts work is essential to everyday life.

A contract is formed when one person makes an offer, another person accepts the offer, and there is some consideration exchanged. Consideration is some type of benefit that is bargained for between the parties to the contract. It can be money or goods, or some type of intangible benefit.

Depending on what is offered and what is accepted, contracts have different “terms”, or conditions that the parties must follow. Written contracts have the clearest terms. For example, if you sign a lease on a building, the written lease agreement will detail the terms you must follow; terms could include no pets allowed in the building and rent due on the 1st of each month. Oral contracts are more challenging to enforce under the law because the terms are often unclear. If you have a conversation ending in a handshake and agreement, all of the conversation could be part of the contract.

Most commercial contracts are written, so breach of these contracts depends on interpretation of agreements' wording. Sometimes the parties think that negotiations prior to signing the agreement or other extrinsic evidence matter for contract interpretation, but this is rarely the case. More often, you can determine whether someone breached the contract by reading the written agreement.

A breach of contract occurs when someone does not follow the agreement's terms. For example, if you do not pay rent on the 1st of the month as promised, you would be in breach of your lease agreement. If there is a grace period listed in the lease, you can cure that breach by sending the building owner the rent before the grace period expires. The same is true of a commercial contract – there may be opportunities to cure a breach written into the contract. This helps the parties avoid the expense and disruption of trying to enforce the contract when only a minor breach has occurred.

In the case of an important or costly breach, the parties to the contract often find themselves in court. One of the parties can file a lawsuit with a breach of contract claim. If he is successful in showing the other party's breach, he can recover damages to compensate him for the expenses the breach caused him. For example, the building landlord could recover back rent.

To find out more about breach of contract, visit Gonsalves-Sabola Chambers online or call the office at +1 242 326 6400.

Madame, is there any statute law that governs Privity and third parties in The Bahamas?

As a general rule, no.